What Is Mixed Reality? 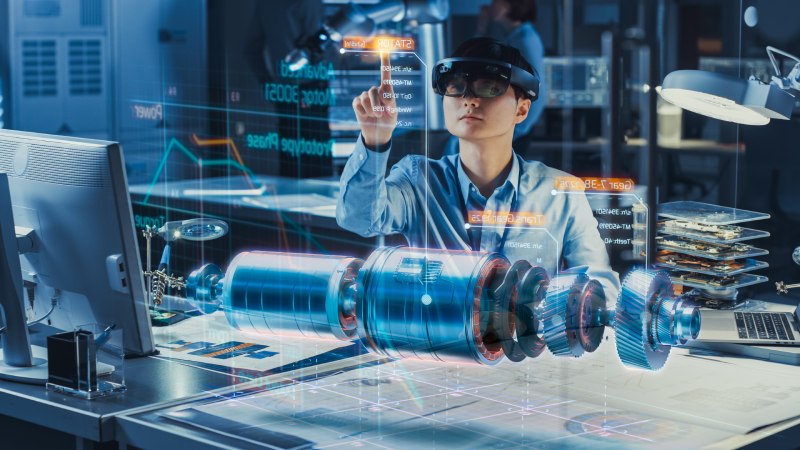 In the world of tech, it can be hard to differentiate what is mixed reality, what is virtual reality and what is augmented reality. Is the difference primarily equipment, user experience, or grand philosophy? Ocavu is here to help answer your questions.

All of these terms are interrelated, and the confusion about them comes from three distinct things:

So to keep things clear, let’s look at how we think about how mixed reality works, and what makes it different from virtual or augmented reality. The better point of distinction between them has to do with the relationship between the digital world and the physical.

According to Frontiersin.org, “Since its introduction in 1994, Milgram and Kishino’s reality-virtuality (RV) continuum has been used to frame virtual and augmented reality research and development.” Using this model, researchers, theorists, and computer developers have visualized a continuum between the real physical world and a fully virtual world.

Augmented reality (AR) sits closer to the physical world side of the continuum, as it allows users to see digital objects laid over the top of images of the actual world. To achieve this, AR uses smart glasses, phone cameras, or similar technologies to create virtual objects in the field of view.

Virtual reality (VR) sits on the other side of the spectrum. Here, users will use a head-mounted display or VR headset to be immersed in a fully artificial world. Though users move their physical bodies to manipulate things in the VR world, touching things in the real world makes little difference (if you’ve ever touched the wall while wearing a VR headset, you know what we mean).

Mixed Reality (MR) fits somewhere in between. This is a world that combines the physical world and the virtual world. As Make Tech Easier puts it, “MR makes it possible for you to physically interact with virtual content in real-time. Mixed Reality turns a virtual reality experience into actual, physical reality.”

What Is Mixed Reality Used For?

Every day we are finding more uses for MR technology. The intersections between virtual environments and the real world create limitless opportunities.

Whatis.com says it best: “Although mixed reality is still in the early stages, it is already being used in many industries for educational purposes. For example, aircraft manufacturers are using MR as a cost-effective way to train repair technicians.” In their example, they describe technicians wearing VR headsets that allow them to interact with a holographic engine instead of a real one.

Whatis also lists a few other industries that are exploring how mixed reality works including:

XR is a little bit of all of the different versions of reality. To realize the potential of mixed reality technology in your industry, you need access to the very best in 3D modeling. That’s where we come in.

Book a demo of the Ocavu platform today to see how we can help you combine the magic of XR with the power of Web3.